WHY MUST I TAKE THE BOTTLE AWAY? 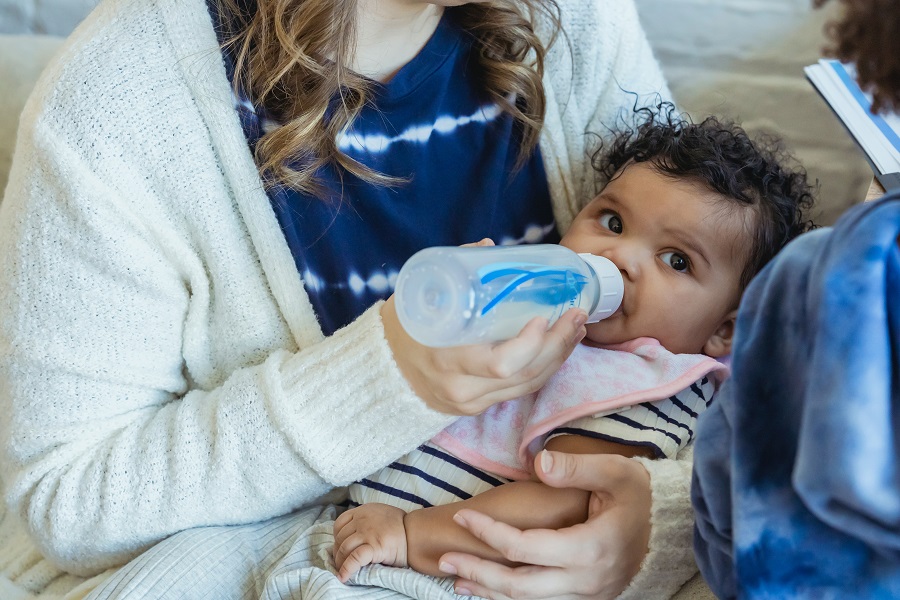 At Good Night we look at sleep in a holistic manner. What does that mean? We do not look at sleep in isolation, but we refer to all the building blocks of sleep – one being Nutrition. Not only the food and milk intake but also the method of intake. One of the recommendations we make is to remove night feeds once your toddler is old enough to stretch through the night (meeting the necessary criteria). After the age of 1 year, night feeds are not nutritionally needed anymore. At this age your toddler should be on a balanced diet during the day to get enough calories to stretch through the night.

Also, from 12 months the bottle can become a security and comfort association. If used for soothing when it is time to fall asleep (this creates a negative sleep association). Your toddler forms an attachment to the sucking and it becomes difficult to remove the bottle. This does not mean you have to stop offering milk; the recommendation is to move away from the bottle to another way of drinking milk (sippy/straw cups or even normal cups).

What are the negative effects of using a bottle too long?

How to eliminate the bottle:

There are two methods one can try, keep in mind it may not be an easy task.

There is no one size fits all, but at least there are different options:

Tips & tricks to remove the bottle:

The best idea is to try and introduce a transition or sippy cup at a young age (6-9 months). Offer small quantities of water in the cup. Let them master the new skill before you take away the bottle.

The most important thing to do is remain consistent. No matter how you choose to remove the bottle. To let your toddler cry for the bottle just to give it to them a few days later will teach them nothing. They will learn another skill by knowing no matter what, if I cry enough, I will get it my way. The best thing you can do for your toddler is to push through; children learn quickly and you will be amazed how soon he/she will adapt to the new way of drinking milk.

If you have any questions about ANYTHING on the WHY MUST I TAKE THE BOTTLE AWAY? page, simply ask here 👐